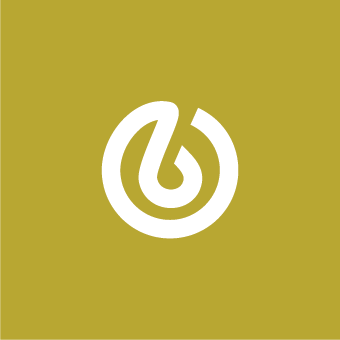 In the previous post in this series, we created a portable development environment with docker-compose. I've noticed that a lot of blog posts and tutorials for Dockerizing Rails apps tend to finish before covering the subject of testing within Docker. Testing is an important part of Rails culture, but I believe that the reason that many guides and blog posts don't cover testing under Docker is that it can be difficult to configure. My aim for this post is to alleviate some of that difficulty and to give you a good base upon which to create your own infrastructure for testing in Docker.

There are many frameworks available for testing Rails apps but I'll be covering RSpec in this post. If you have minitest or anything else in your arsenal, this post can be used as a rough guide, as the infrastructure to set up testing is fairly similar.

This post assumes that you have a working docker-compose setup with Rails. It's also heavily geared toward RSpec, so if you're using another testing framework, you'll have to adjust accordingly.

If you're just following along, feel free to clone our example app.

The first thing we need is a test environment file .env.docker.test:

We also need a test service definition in our docker-compose.yml. There's one in the example app or in the previous post in the series. The relevant service configuration is here:

There are a few things to take note of here:

The image: key is referenced from our main app's image. The image is built under the web: service config, named "appimage" and referenced here. This is so that we build the image once and only once when issuing a docker-compose build command.

You might expect the command: to be bin/rspec. If that were the case, when the environment is brought up by docker-compose up, all specs would be run, and the container would immediately exit. The spring server preloads a copy of our application and runs as a daemon. This way, our test container stays up and RSpec is preloaded. In order to take advantage of spring with RSpec, we need the spring-commands-rspec gem.

We could have specified an immediately terminating command: to be something like /bin/true, and used docker-compose run test rspec instead of docker-compose exec test rspec to run our tests, but we'd incur the cost of loading rails each time we run a spec. Docker also expects services to run as daemons, so we get the best of both worlds here. A daemonized Docker service, and quick loading specs.

One crucial thing that we need in order to get started is a test database.

First, bring the application up with docker-compose up -d, then bootstrap our test database:

Setting up RSpec with Docker

Setting up RSpec can be a daunting task. I've done it a handful of times and always have to refer back to several forms of documentation to achieve the optimal setup. The focus of this post will be to get set up so that we can run a bare minimum example under Docker.

The way I set up new applications with RSpec is very close to the way Jason Swett sets up his applications. If you're new to RSpec and Rails, that's an excellent resource. His "Complete Guide to Rails Testing" is also a wonderful resource if you're interested in the what, how, and why of Rails testing.

As a very bare minimum, have the rspec-rails gem installed, and then run rails generate rspec:install. This will give you a small testing skeleton to build upon.

RSpec does not install binstubs by default, so we have to do that ourselves:

Running a model or request spec is pretty straightforward:

You may notice that we're repeating docker-compose exec test over and over again. One thing that keeps this process less tedious is using shell aliases similar to the ones we defined in part 2 of this series.

We're using the ubiquitous Capybara for our feature tests.

Running capybara in a browser with docker is a bit of a pain. We do not have access to a windowing system, since docker is bascially a CLI only. Thankfully, the selenium project provides a docker image that runs a virtual windowing environment. We can connect to this virtual environment with a VNC viewer.

Installing Capybara is out of the scope of this post, but you can find the installation instructions here.

Running tests outside of the browser is as easy in docker as it is natively. Here's an example with my sample todo app mentioned earlier:

Easy peasy. Out of the box, this uses the rack_test driver, which cannot test pages with javascript. Most pages need javascript testing, so I'll show you the easiest way to achieve that in Docker.

Our Capybara setup needs to be tweaked a little bit in order to run under Selenium server. The rack-test driver is the default Capybara driver but it's easy enough to change.

In our test service, we have to tell Capybara which docker host that selenium is running on. We have to add an environment variable to our docker-compose.yml file:

We also have to configure Capybara in spec/spec_helper.rb:

In the example provided above, we tell Capybara to start a puma server on 0.0.0.0:4000 (listen on all interfaces, not just localhost.). Since we're running under the test service and docker automatically assigns that hostname, we tell capybara that our test app instance will be found on http://test:4000, then finally we register our selenium driver with the SELENIUM_REMOTE_HOST configuration that we added to our docker-compose.yml under the environment key.

There's a full example here which shows how both the test and selenium services are configured.

In the example application referenced above, note that I am matching selenium version numbers in docker-compoose.yml and the Gemfile. If you install this yourself, you'll have to ensure that your version of the selenium-webdriver gem matches that of the selenium service that you're running inside of docker.

Selenium offers a docker image which includes a selenium server with an embedded browser to run our tests against. In order to take advantage of that, put the following in your docker-compose.yml:

The cool thing about this is that the Selenium image bundles a windowing system within it (xvfb), so we can run our tests in a browser. It also has a VNC server, which we can connect to with a VNC viewer in order to watch our browser tests run.

In order to view your browser tests, you need a VNC viewer. The built in VNC viewer in macOS will not work, so I recommend RealVNC viewer. Open a connection to localhost:5900 (no password). You should see a banner across the VNC connection that says "Selenium Grid."

and switch back to the VNC viewer window. You should see your tests running in a Chrome browser. Pretty neat!

Viewing other feature tests in a browser is as simple as tagging them as js: true, switching over to your VNC window, and watching them run in the embedded chrome browser.

This concludes this blog series about developing Rails applications with Docker. I hope you've found it useful, and if for any reason you get stuck, feel free to clone the example application.

Photo by Bill Oxford on Unsplash